Hit enter to search or ESC to close

What an exciting few months it has been at Trayport... We are delighted to announce that not only were we nominated and shortlisted for two incredible awards, but won them both!

In October 2019, Trayport won the Best Wellbeing Strategy at Reward Gateway’s Engagement Excellence Awards. This is not a small feat with hundreds of companies across the UK entering, and we were thrilled to even be shortlisted for this award.

“recognises companies who’ve developed a well-formed and holistic wellbeing strategy that serves as the foundation for their current and future wellbeing programme, helping determine which ones are right for their workforce.“

The nominations were reviewed by an independent judging panel of highly experienced and skilled HR, benefits and reward professionals in the industry. Winners were then announced at an award ceremony in London’s stunning Natural History Museum.

We are delighted that the hard work and efforts of the team have been recognised and celebrated!

In May 2018, we launched our Reboot + Recharge programme in line with the UK’s Mental Health Awareness Week. The month-long programme aimed to raise awareness, encourage conversations and increase knowledge around mental health in the workplace. Through seminars, activities and training, Reboot + Recharge focused on three key pillars: mental & emotional wellbeing, mindfulness & relaxation and exercise & nutrition.

Based on the feedback received from staff and overall engagement with the programme, Reboot + Recharge is now a permanent feature of our ongoing wellbeing strategy, with 2019’s programme being even bigger and better.

You can read more about it here.

Shortly afterward, in November of this year, Trayport continued the winning streak by walking away with The Ultimate Fintech Award 2019 at the Financial Technologist Awards.

The award celebrates the most innovative, engaging and inclusive workplaces in the UK Fintech industry. Highlighting companies who understand the importance of a strong employer brand, show innovation in their attraction and engagement of tech talent and retain the best in their team.

Read our Recruitment Manager Brendan’s article ‘Small Changes, Big Results‘ in the The Financial Technologist magazine to hear all about the changes we have made to adapt to the ever-shifting recruitment landscape.

Congratulations on this amazing achievement to all the teams involved. We’re excited for what 2020 will bring!

Read more about how Trayport support workplace wellbeing in our recent blog post.

Powering trading markets, providing solutions that support the growth of our clients in Europe and around the world.

Hear from our Head of Agile Delivery, Damien O'Connor, as he explores our key takeaways and lessons learned from the last year of remote working. 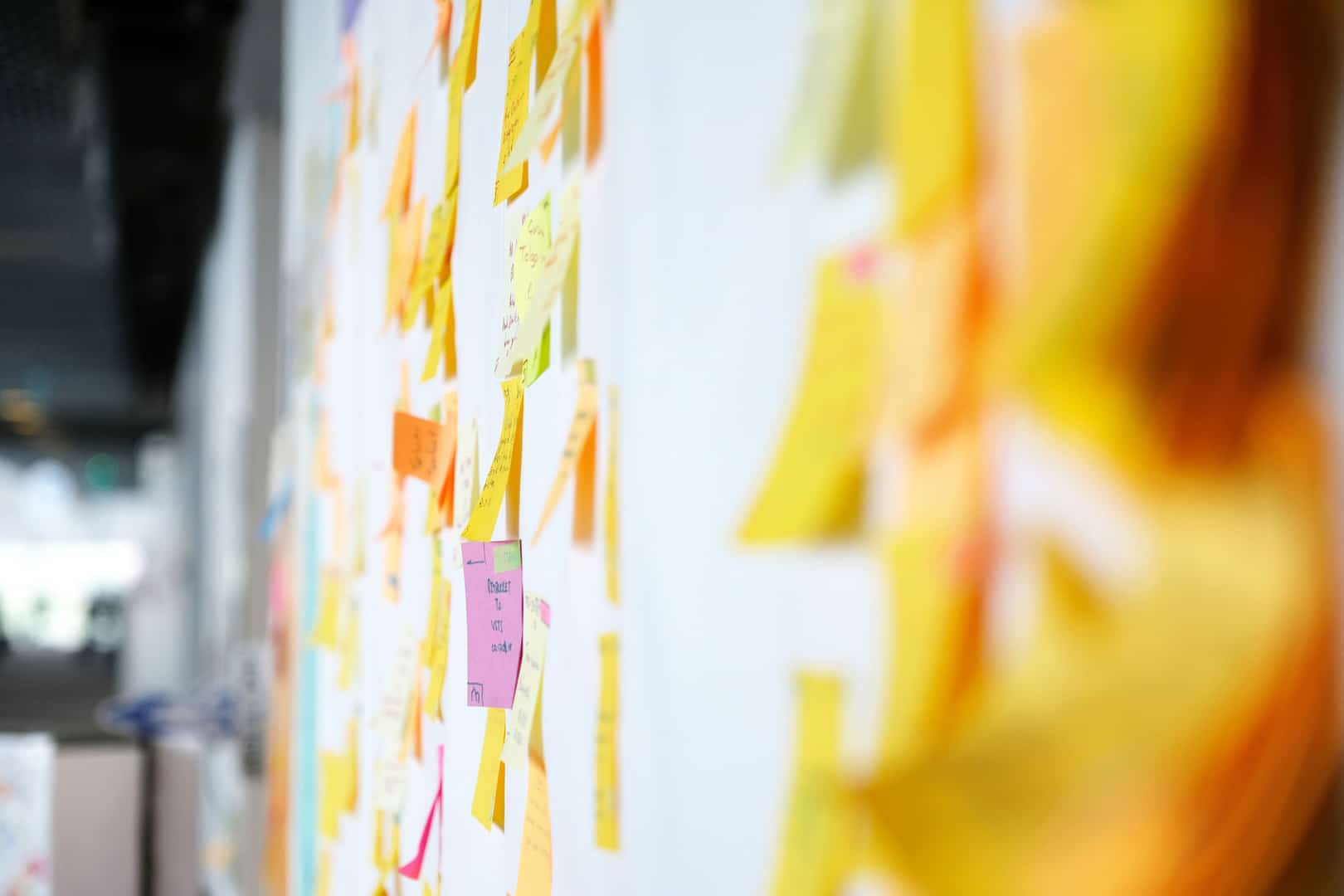 Are Remote Teams Productive? Agile Lessons After A Year Working From Home | Trayport

How productive are remote teams? Take a look at a year in review since 90% of our team started working remotely due to the pandemic.

Webinar | It's all in an API. Join us to find out how to integrate queries into your own models from Joule. Register here https://hubs.ly/H0PDpq20 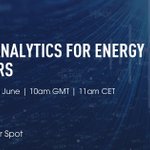 We have a number of #softwaredeveloper positions available, perfect for those looking to take an important role in the design and engineering of new product features. 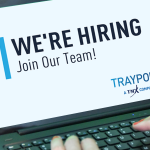 WEBINAR | Curious to learn how #algorithms help utilities to balance volatile portfolios, traders to execute in volatile markets and why algos and virtual power plants are a winning combination? Register for our next webinar taking place tomorrow 10am. 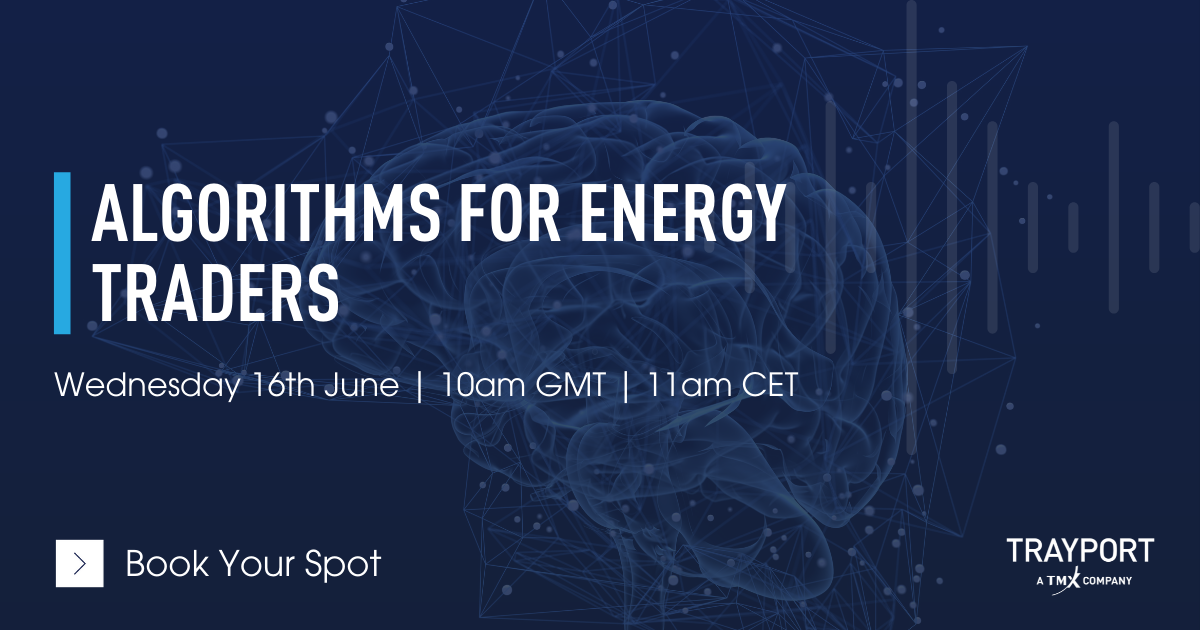 Learn the most used algorithms in energy markets and the business case for algorithmic trading for virtual power plants.

[WEBINAR] Please join us next week to learn how to optimise your portfolio trading of different assets with Tradesignal. 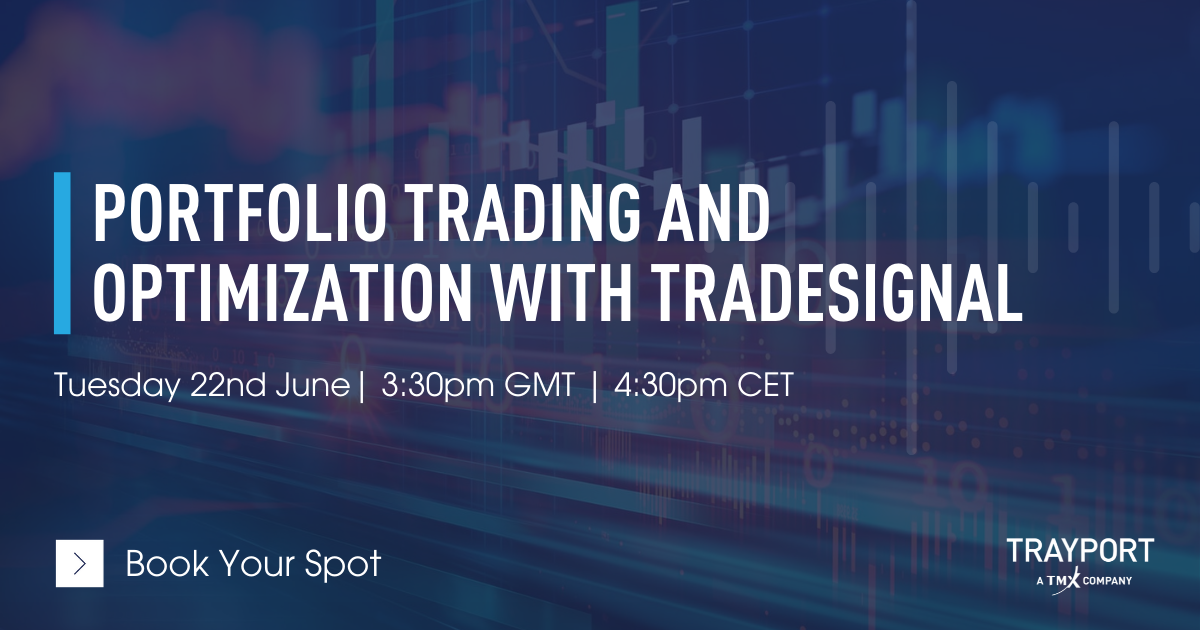 [WEBINAR] Portfolio Trading and Optimization with Tradesignal - June | Join Us

Join our webinar this month & learn how you can use Tradesignal to optimise your portfolio trading of different assets.

By clicking “Accept”, you agree to the storing of cookies on your device to enhance site navigation, analyse site usage, and assist in our marketing efforts. For more information please refer to our Privacy Policy.
ACCEPT
Manage consent

This website uses cookies to improve your experience while you navigate through the website. Out of these, the cookies that are categorized as necessary are stored on your browser as they are essential for the working of basic functionalities of the website. We also use third-party cookies that help us analyze and understand how you use this website. These cookies will be stored in your browser only with your consent. You also have the option to opt-out of these cookies. But opting out of some of these cookies may affect your browsing experience.
Necessary Always Enabled

Any cookies that may not be particularly necessary for the website to function and is used specifically to collect user personal data via analytics, ads, other embedded contents are termed as non-necessary cookies. It is mandatory to procure user consent prior to running these cookies on your website.